Every year Thanksgiving Day is celebrated on the fourth Thursday of November. 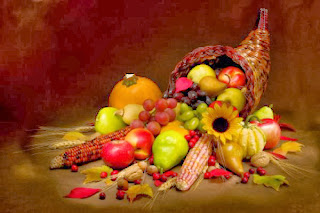 This day was historically a religious day to give thanks to God. The occasion traditionally celebrates the arrival of the first pilgrims to America. The event that Americans called the "First Thanksgiving" was celebrated by the Pilgrims after their harvest in the New World in 1621. The feast lasted three days and it was attended by 90 Native Americans. 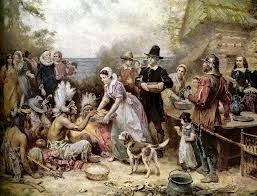 Thanksgiving Day is a time to feel gratitude for the good things in life. This is a day of festivity, family reunions and  feasts.

In the USA this day is considered as one of the major family celebration generally celebrated at home with family and friends. And it is also celebrated in Canada.

The traditional dishes like Roasted turkeys, Cranberry sauce, Corns. Potatoes and Pumpkin pie are included in the Thanksgiving meal. 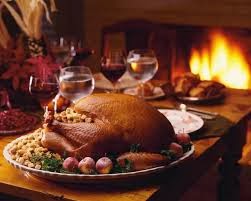 People celebrate this day with a great enthusiasm with their family and friends and sometimes give gifts like flowers, jewellery, baked cookies, chocolates etc to their near and dear.

There are some traditions about Thanksgiving as The Turkey Pardon

Each year at Thanksgiving, The President of the United States receives a gift of a live turkey (along with an alternate in case something happens to the official turkey). At a White House ceremony, the President traditionally "pardons" the National Thanksgiving Turkey and the alternate turkeys, allowing them to live out the rest of their lives on a farm.