Here are some common mistakes students sometimes make when learning English. So study up below to improve your language skills if you are ESL.

A visit to Tower Bridge Exhibition clearly explains how the Bridge works and describes its fascinating history. The information below provides a backdrop to help make the most of your visit.

The Need for a New Bridge

London Bridge was originally the only crossing for the Thames. As London grew, so more bridges were added, although these were all built to the west of London Bridge, since the area east of London Bridge had become a busy port. In the 19th century, the East End of London became so densely populated that public need mounted for a new bridge to the east of London Bridge, as journeys for pedestrians and vehicles were being delayed by hours. Finally in 1876, the City of London Corporation, responsible for that part of the Thames, decided the problem could be delayed no longer.
The view today from the high level Walkways has changed dramatically, although there are still signs of the area's amazing history. With the aid of photographs and interactive kiosks, visitors to Tower Bridge Exhibition can gain a greater understanding of how life would have been when the idea of a new bridge was originally conceived.

How a Design was Chosen

A huge challenge faced the City of London Corporation - how to build a bridge downstream from London Bridge without disrupting river traffic activities. To generate ideas, the "Special Bridge or Subway Committee" was formed in 1876, and opened the design for the new crossing to public competition.
Over 50 designs were submitted for consideration, some of which are on display at Tower Bridge Exhibition. It wasn't until October 1884 however, that Horace Jones, the City Architect, in collaboration with John Wolfe Barry, offered the chosen design for Tower Bridge as a solution.

The Building of the Bridge

It took 8 years, 5 major contractors and the relentless labour of 432 construction workers to build Tower Bridge.
Two massive piers were sunk into the river bed to support the construction and over 11,000 tons of steel provided the framework for the Towers and Walkways. This framework was clad in Cornish granite and Portland stone to protect the underlying steelwork and to give the Bridge a more pleasing appearance.
To learn more about the building of Tower Bridge, the people involved in its construction and why it was needed, visit The Tower Bridge Exhibition where video screenings explain the entire project, including the difficulties faced.

How it Works - Then and Now

When it was built, Tower Bridge was the largest and most sophisticated bascule bridge ever completed ("bascule" comes from the French for "see-saw"). These bascules were operated by hydraulics, using steam to power the enormous pumping engines. The energy created was stored in six massive accumulators, as soon as power was required to lift the Bridge, it was always readily available. The accumulators fed the driving engines, which drove the bascules up and down. Despite the complexity of the system, the bascules only took about a minute to raise to their maximum angle of 86 degrees.
Today, the bascules are still operated by hydraulic power, but since 1976 they have been driven by oil and electricity rather than steam. The original pumping engines, accumulators and boilers are now exhibits within the Tower Bridge Exhibition.

In 1910 the high level Walkways were closed to the public due to lack of use. People arriving on the bridge preferred to wait at street level for it to close rather then heading up the stairs carrying their heavy loads. In 1982, as part of the new Tower Bridge Exhibition, visitors to the bridge could once again enter the walkways, now fully covered, and experience the amazing panoramic views. Although Tower Bridge is now powered by oil and electricity, the original steam engines maintained by a dedicated team of technical officers remain in their original location for all to see. This area is known as the Victorian Engine Rooms, the second section of Tower Bridge Exhibition. Over the past 28 years, the exhibition has been developed to keep pace with modern day needs without losing its Victorian essence. Through interactive kiosks and video walls along with knowledgeable Guides, visitors can learn about key events in the Bridge's history, ranging from Royal visits to dare devil stunts.

Tower Bridge has a fascinating history, which is explored in full in The Tower Bridge Exhibition. Here are a few interesting facts you may not have known:
1910 - the high-level walkways, which were designed so that the public could still cross the bridge when it was raised, were closed down due to lack of use.
1912 - during an emergency, Frank McClean had to fly between the bascules and the high-level walkways in his Short biplane, to avoid an accident.
1952 - a London bus driven by Albert Gunton had to leap from one bascule to the other when the bridge began to rise with the number 78 bus still on it.
1977 - Tower Bridge was painted red, white and blue to celebrate the Queen's Silver Jubilee. (Before that, it was painted a chocolate brown colour).
1982 - Tower Bridge opened to the public for the first time since 1910, with a permanent exhibition inside called The Tower Bridge Experience.
Publicado por Elenuca en 3:50 No hay comentarios:

Although Paddington now lives in London, England, he originally came from Darkest Peru where he was brought up by his Aunt Lucy after he was orphaned following an earthquake when he was just a few weeks old.

When Aunt Lucy went to live in the Home for Retired Bears in Lima, she decided to send him to England to live. After teaching him to speak English she arranged for him to stow away in a ship’s lifeboat.

Eventually, Paddington arrived on Paddington Station in London which is where the very first story begins with the words:

Mr. and Mrs. Brown first met Paddington on a railway platform. In fact, that was how he came to have such an unusual name for a bear for Paddington was the name of the station.

The Browns were at the station to meet their daughter Judy when Mr. Brown spotted a bear sitting all alone on a suitcase, behind a pile of mail bags, close to the lost property office. The bear was wearing nothing but a hat and he had a label round his neck bearing the words Please Look After This Bear. Thank You.

Unable to resist such a simple request, Mr. and Mrs. Brown took Paddington home to live with them at 32 Windsor Gardens with their two children, Jonathan and Judy and their housekeeper, Mrs. Bird.

The Browns decided to name their new member of the family Paddington, after the place where he was found, although we later learn that in Peru his name was Pastuso.

When he was found, Paddington wasn’t too sure how old he was so the Browns decided to start again at one. They also decided that he should have two birthdays a year (just like the Queen!) and so he celebrates these on 25th June and 25th December. 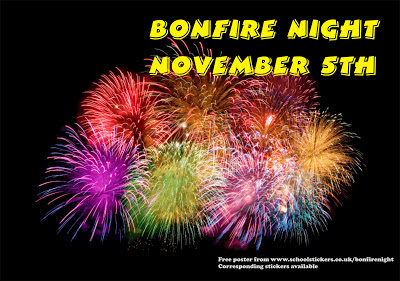