The new Beatles musical, Let It Be, has opened in London’s West End. And just around the corner is the 50th anniversary of the release of the band’s debut hit ‘Love Me Do’ . Here's ten must-see Beatles attractions worldwide.

Abbey Road, London, England
Known as the backdrop of The Beatles’ eleventh studio album cover, the iconic crossing on this North London street is a perfect place to snap a photo. After visiting the world famous zebra crossing, travellers can check out nearby Abbey Road Studios, where the Fab Four recorded many of their hit songs. One TripAdvisor traveller said, “If you are a Beatles fan, you must go there and cross the street while somebody takes a picture of you, even if you're alone. The Beatles Story, Liverpool, England
This museum celebrates the musical legacy of The Beatles. On display, Beatles fanatics can see clothing worn by the band as well as some of the instruments they played. Guests can also view the Fab4D film which takes its audience on a trip through the history of the Liverpool legends. “A must for every Beatles fan and those who are not as well!” commented a TripAdvisor traveller. Strawberry Fields, John Lennon Memorial, New York City, New York, USA
Located between 71st and 74th Streets in the Big Apple, this two and a half acre memorial named after The Beatles’ song, “Strawberry Fields Forever,” commemorates the life of musician and peace activist, John Lennon. Also nearby is the famed black and white “Imagine” mosaic which has been captured in several works of art. A TripAdvisor traveller said, “Such a beautiful and peaceful site within New York City's absolutely grand Central Park.” The Cavern Club, Liverpool, England
Known as one of the first venues The Beatles performed at, the Fab Four took to the stage of The Cavern Club on February 9, 1961 and soon established themselves as the club’s signature act. Today live music can be seen on the stage which is open seven days a week starting at 10 a.m. A TripAdvisor traveller said, “It was like going back to the days of The Beatles. Music was great, drinks were not overpriced, and a great atmosphere.” Rock and Roll Hall of Fame and Museum, Cleveland, Ohio, USA
Located in “The Rock ‘n’ Roll Capital of the World”, this museum features a Beatles exhibit that showcases nearly 70 artifacts, including George Harrison’s striped suit from the 1966 U.S. tour, Ringo Starr’s red military-style jacket from the “Strawberry Fields Forever” promo film and more. “The Beatles exhibit and films were our favourite parts, but really, we enjoyed the whole experience,” commented a TripAdvisor traveller. 20 Forthlin Road – McCartney Home – Liverpool, England
Known as the “Birthplace of The Beatles,” visitors to Paul McCartney’s childhood home can tour the places where the Fab Four composed and rehearsed some of their earliest songs. Travellers can also view family photographs taken by Paul’s brother. One TripAdvisor traveller commented, “I loved Paul's home as it had a real sense of family about it and to be able to sit on the couch and look around was great.”


The Beatles – Love – Cirque du Soleil – Las Vegas, Nevada, USA
Using master tapes from Abbey Road Studios, directors George Martin and Giles Martin created a unique sound score that brings the Fab Four’s hits to life. This three-time Grammy-winning musical tribute is full of vibrantly coloured costumes, impressive set changes, and thrilling stunts. “Made me feel as though I was on some sort of trip through The Beatles years floating on a cloud,” commented one TripAdvisor traveller. Videy Island – Reykjavik, Iceland
Travellers visiting this small island can see the Image Peace Tower created by Yoko Ono. This outdoor work of art that bears the words “Imagine Peace” in 24 languages, was unveiled October 9, 2007 which would have been Lennon’s 67th birthday. Each year, the tower is illuminated from his birthday to 8th December; the day of the music legend’s passing. A TripAdvisor traveller noted, “Yoko Ono’s peace light sculpture is a must see when it’s lit.


St. Peter's Church – Liverpool, England
While waiting to perform at a dance, Paul McCartney and John Lennon were first introduced on the grounds of this 19thcentury church during the summer of 1957. Today, travellers can walk in the footsteps of the boys and view the gravestone of Eleanor Rigby, rumoured to be the inspiration for the band’s hit song of the same name. A TripAdvisor traveller commented, “A historic and beautiful church. Good for Beatles fans in lovely Woolton.”

Lennon Wall – Prague, Czech Republic
Since the 1980s, the surface of this cement wall has been decorated with art inspired by the legendary musician and peace activist. Displaying poetry and song lyrics, the images are continuously evolving and visitors are able to contribute their own musical musings. A TripAdvisor traveller said, “It’s definitely worth seeing as it has become a famous site in Prague. It's free and only takes a short walk in Mala Strana to see this modern work of art.” The history of the double decker bus

We have found this amazing website explaining the history of the double decker buses. I hope you enjoy it!!!

The introduction date of the very first commercial double decker bus (just like the first bus itself) seems to be open to some debate, as different versions of models and claims appear all over the internet. Generally what is agreed upon is that commercial buses were first widely introduced in the 1820′s, (with a few previous unsuccessful attempts briefly recorded in France as early as 1662)  and as this is some time before the introduction of the combustion engine, they were horse drawn as you would expect.
These early buses were called ‘Omnibuses‘ and ran in France and England, and it wasn’t until 1847 when Adams & Co of Fairfield works, manufactured a vehicle with a clerestory roof with built in upper seats running the length of the bus.  These were first operated by the Economic Conveyance Company of London, and to encourage people to use these the fare was half of the cost of sitting inside.
These open top double decker horse drawn buses were not initially popular, and it took nearly 10 yrs for the idea to catch on, when in 1852 John Greenwood introduced a much larger double decker with enough space for up to 42 passengers and needed pulling by 3 horses, with the top deck still accessed by a ladder.
These buses became more novel with innovations such as a staircase to make access to the top deck easier, along with forward facing garden seats rather than longitudinal bench seats, and this encouraged more ladies to ride them. Horse drawn buses faced stiff competition from cheaper trams and trains that became common in the later 1800′s, and with the introduction of the combustion engine and the 1st World War, the last ever horse drawn bus in London ceased operating on 4th August 1914, but continued in more rural areas in the UK until 1932.

The first motorised double decker was the NS Type (pictured above) which was introduced in 1923 and was the first to feature a full covered top deck. It built by the A.E.C. (Associated Equipment Company) was considered luxurious at the time with upholstered seats rather than the wooden benches, and the closed in top deck enabled buses to compete on level terms with the trams that had become popular as a cheaper alternative, and with lots of new urban development, the freedom of the bus to adapt to new routes unlike the tram or train meant it grew in popularity very rapidly. The NS Type stayed in production until it was withdrawn in1937.

The next major development was the introduction of the Routemaster London Bus, first built in 1954, and put into commercial service two years later. It’s key benefits were a unique construction whereas most buses used a separate ladder chassis onto which the panels and engine were bolted, the Routemaster had an alloy body shell, to which separate front and rear sub-frames were attached each end, the front carrying the engine, steering and front suspension, the rear carrying the axle and rear wheels. It also had several other features considered advanced at the time such as independent front suspension, power steering, automatic gearbox and power-hydraulic braking. The design of the routemaster made it lighter and more efficient than its rivals. The Routemaster, in bright red became one of the iconic sights to see in London and is well known worldwide.
The popularity of the Routemaster saw it survive many improvements and redesigns, but it survived the privatisation of the London Bus Service, and stayed in continuous service in London from 1956 until  December 8th 2005, when the last service came to an end.

More modern double decker bus designs are now in service throughout the world produced by many different manufacturers – take a look in our Countries section to see whereabouts, or have a look in our Models section to see some of the hundreds of different designs now available.
Finally a big thank you to all those at the web development team at Orangewheels who supply newVW cars who helped put together this site. 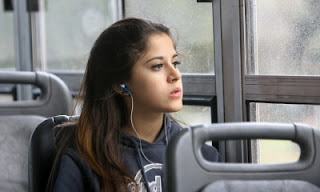